From Rootsweb
(Redirected from History of Vermont)
Jump to: navigation, search 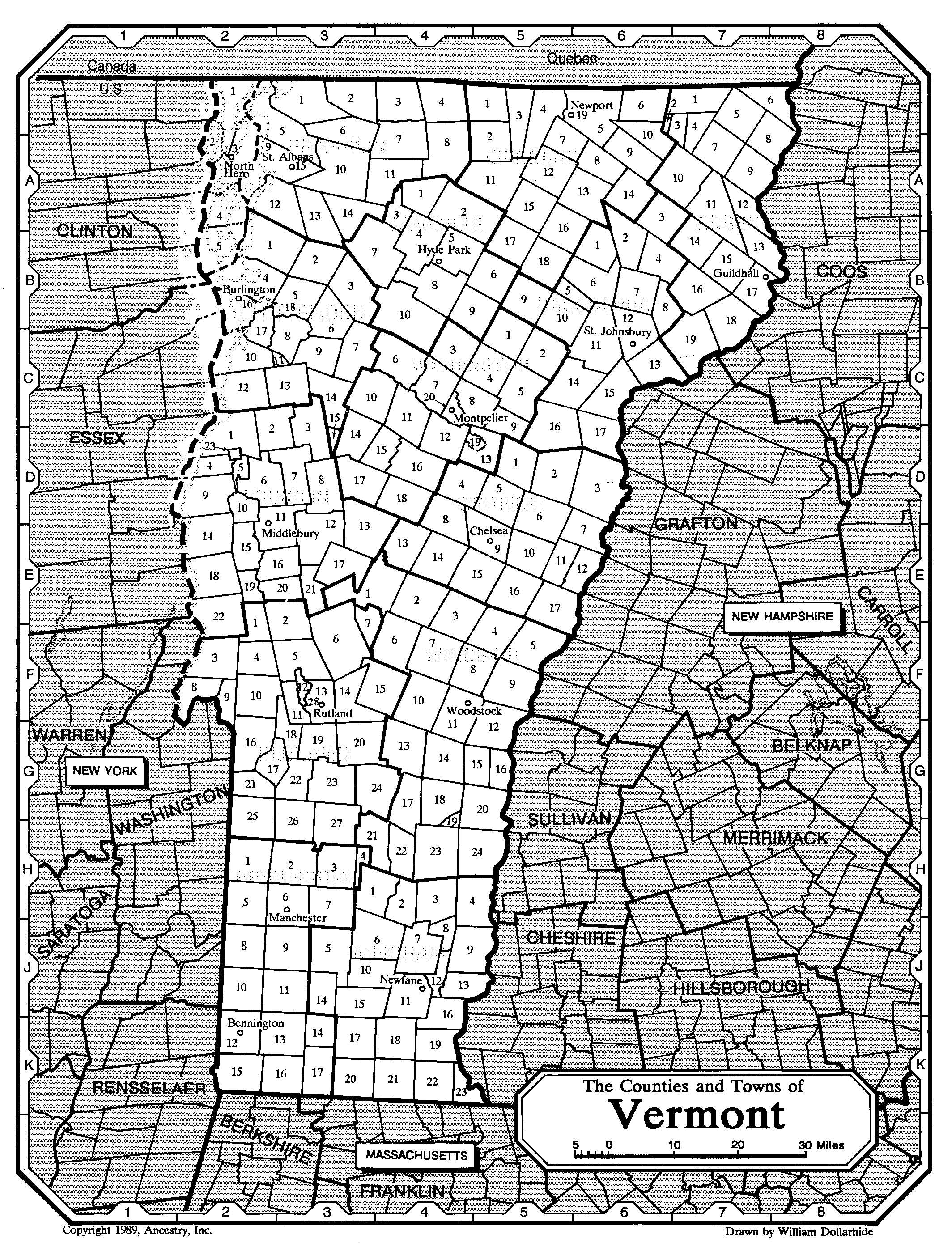 Vermont had its beginnings in a land controversy. Near the middle of the eighteenth century, both Benning Wentworth, the colonial governor of New Hampshire, and Lt. Governor Cadwallader Colden, representing the colonial government of New York, claimed territory in what is now Vermont. Massachusetts had previously claimed a small part along Vermont's southern border. Each government petitioned the king to validate its boundaries to include the disputed Vermont land. However, the process of petitioning did not stop either New Hampshire or New York from issuing grants for the same land to their own proprietors and the proprietors in turn selling the land to settlers.

Settlers from lower New England and New York began to arrive in 'The Grants,' as they were called, as early as the 1750s. Life for those settling 'The Grants' involved considerable work in clearing rock-laden forests. Previous residents of the land included a few French settlements in the northern part of the state, the remainder of the Native American population in the region after the French and Indian Wars, and some early New England settlers around Fort Dummer on the Connecticut River. By 1760, most of these settlers, with the exception of the remaining Abenaki tribe, had moved back to more populated areas in New England and Canada.

The Vermont land controversy between New York and New Hampshire about the grants was complicated by different types of land ownership practiced by the two colonial governments. Those who received grants from New York were generally from the upper classes and leased their land on a rental basis to others who farmed it for them. New Hampshire grants were generally given to middle-class farmers and civic leaders, who in turn sold the land outright to those who settled it and farmed it. England settled the controversy in favor of New York in 1764'a decision unpopular with most Vermonters who continued to face the uncertainty as to whether the land they were homesteading was really theirs or belonged to someone else who also thought they had a legitimate claim.

This land controversy, the French and Indian War in the early 1750s and the onset of the American Revolution, kept the number of actual settlers coming into Vermont low. Vermont declared itself independent in 1777, not answerable to England or the governors of New York or New Hampshire. Vermont recognized the land grants made by New Hampshire only and began issuing grants of its own for land previously not claimed. Settlement began in earnest once the Revolution was concluded in 1783. At the same time, Vermont attempted, with a good deal of ambivalence according to some historians, to become part of the union, eventually achieving statehood in 1791.

The availability of open, unsettled land for use by growing families was a central reason for moving northward. Once the more fertile land of central New York and points west became available for settlement, the movement out of Vermont was just as swift as the initial migration to the state.

Initially, after statehood, population soared. Geography played a critical role in the state's settlement. The Green Mountains run north-south through the center of the state, leaving the rivers as the major east-west conduits for travel and dividing the state into mountainous areas and river valleys, flood plains, and rock-laden terrain. Lake Champlain, running along most of the state's western border provided means of western migration to New York and beyond.

Today's roads generally follow the same migration trails as were cut during the settlement period. Small farms nestled among the valleys and in the Lake Champlain region, and small industries using Vermont's forest resources constituted the major economic life of the state. Merino sheep and Morgan horses have also played their part in the attempt to create a reliable economy. Following the War of 1812 a series of economic and meteorologic calamities occurred, including the 'Year of No Summer' (1816). A major migration of those leaving the state was the result. An influx of new settlers'French-Canadians, Italians, and Irish among them'during the mid-nineteenth century changed, somewhat, the population's ethnic constitution. Vermont contributed more per capita from its treasury and from its population of young men in the Civil War than any other state in the Union. Between the 1860s and the 1970s there was little population growth. In the twentieth century, a devastating flood in the central part of the state in 1927 and the national depression in the 1930s made it difficult for Vermont to recover economically. Tourism became a strong draw in the late twentieth century, with recreational industry and a desire to retreat from urban and suburban living as part of the impetus for new settlement today.