From Rootsweb
(Redirected from History of Maryland)
Jump to: navigation, search 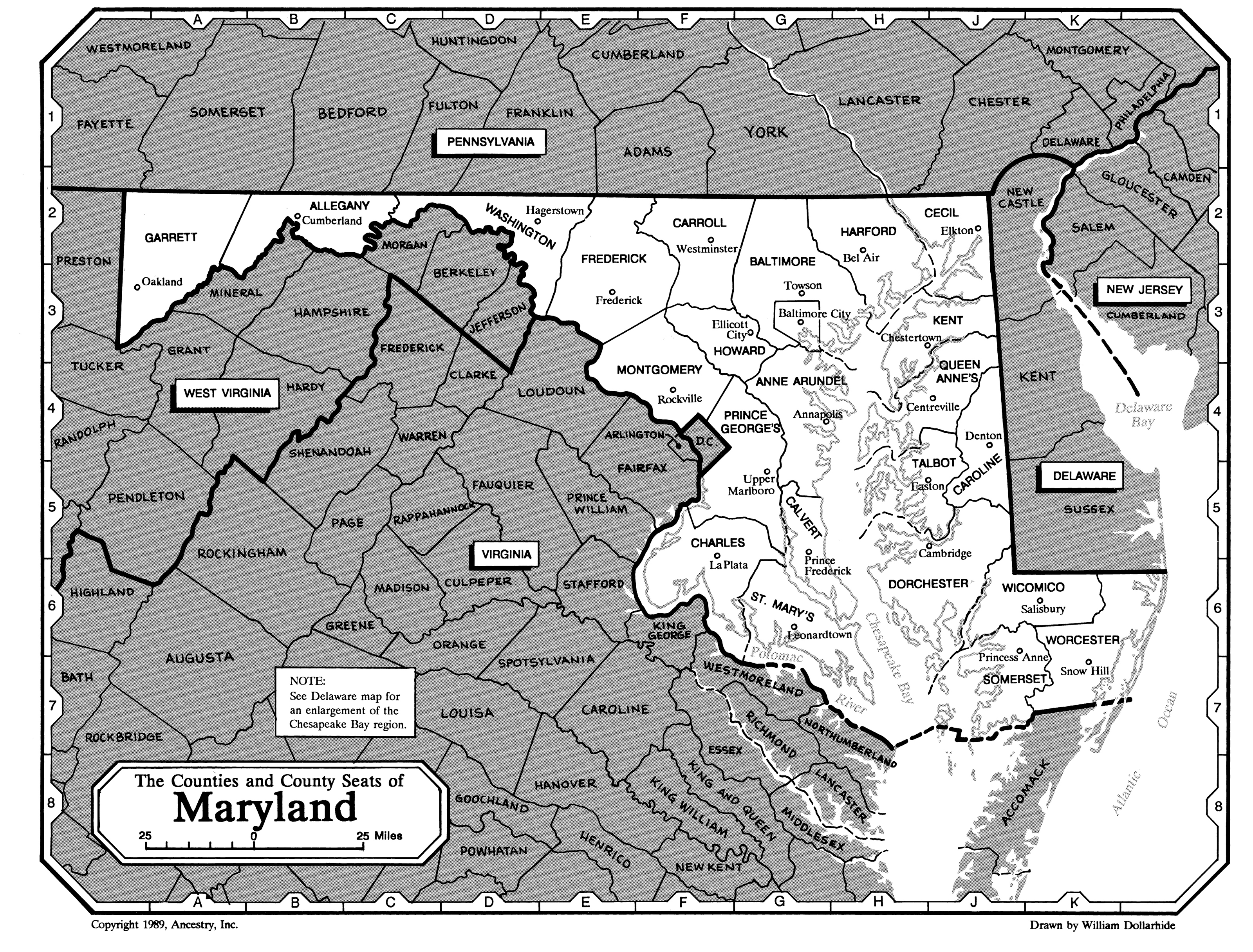 In 1632 Maryland was granted to George Calvert, formerly secretary of state under King James I of England. However, since Calvert had converted to Catholicism in 1625 and so could not hold public office, the Maryland Charter was issued to his son Cecilius, alias Cecil, Second Baron Baltimore, in 1632. Nevertheless, it was Cecil's younger brother, Leonard, who brought the first colonists aboard the Ark and the Dove, landing in March 1634 at St. Clements Island near the future capital at St. Mary's. Named for Henrietta Maria, wife of King Charles I, the colony was called Maria's Land or Mariland.

Agriculture and trading were quickly established with the help of friendly Native Americans, slaves from Africa, and laborers who worked off their passage to the new land. The Europeans had good relations with the original inhabitants, although by the end of the century many Native Americans had perished from disease, war, or liquor, or in some cases, had integrated with other groups.

A significant point in Maryland's history was the passage of the Act of Toleration in 1649, which encouraged settlement by many non-conformists, not only Catholics (in Calvert, Charles, and Saint Mary's counties) but also dissenters from Virginia (in Anne Arundel County) and Friends (Quakers). The Protestant Revolution in England, however, spread unrest to Maryland, and the Crown overthrew the proprietary government in 1689. The Anglican Church was established as the state church of Maryland, and the capital moved to a more central location at Annapolis. With the conversion of the young Lord Baltimore to Protestantism, the proprietorship was restored in 1715. In 1781 Catholics were disfranchised and barred from public office, but Jesuit Fathers continued to quietly serve a growing Catholic populace despite laws forbidding them to celebrate the Mass or perform the sacraments. A number of early Maryland gentry unions occurred through Catholic-Protestant marriages.

The earliest settlements congregated in southern Maryland, on the Western Shore, in Anne Arundel, Calvert, Charles, and Saint Mary's counties. By 1695, this included Prince George's County, which until 1748 stretched from Pennsylvania to Virginia, where Virginia fur traders had settled at Kent Island prior to Calvert's immigrants' arrival in 1634. On Maryland's Eastern Shore, Somerset County bordered Virginia, from which colony came the first settlers, soon joined by emigrants from St. Mary's and new arrivals from Britain. By the 1680s, Baltimore County, along the waterways of the Patapsco and Gunpowder rivers, was created. Because of an uncertain border, evidence of settlers in western Kent and southern and western Sussex counties in Delaware is found in Maryland records until the time of the Revolutionary War.

In the eighteenth century, settlers left the Chesapeake region and began building homes among the hills and valleys of western Maryland. Beginning in the 1730s, Germans from bordering Pennsylvania counties poured into what were then Baltimore and Frederick counties; some Quaker groups came about this time from New Jersey. In the mid-1700s, many settlers came from Pennsylvania, and servants, felons, and Jacobite rebels numbered heavily among the eighteenth-century emigrants from Britain, with the Jacobites sold as laborers. Migrations out of Maryland in the eighteenth century included Catholics from St. Mary's into Kentucky, and Moravians, most of whom went to Winston-Salem, North Carolina, in the 1760s, where they could obtain free land. Other Germans, Ulster-Scots, and Quakers went south to Virginia and the Carolinas. With the completion of the National Road in 1818, migration westward through and out of Maryland was greatly increased. The building of the country's first railroad, the Baltimore and Ohio, as well as a canal system along the Potomac River, also increased mobility within and out of the state.

British warships visited the Chesapeake in 1777, and there was a sizable number of Loyalists among the populace, but no major battles were fought in Maryland during the American Revolution. The state was, however, the site for much action during the War of 1812. Although Maryland was loyal to the Union during the Civil War, there was much sympathy for the South in southern Western Shore counties and among the upper classes, and many fought for the Confederacy. After the war, many African-American Southerners fled to Maryland from their devastated homes. About this same time a large influx of Germans and eastern Europeans began to pour through Baltimore, one of the major eastern ports.