There are a number of tricks for reading old handwriting, enough that you could take an entire college course on the topic. This article is intended to be a crash course in some of the unusual things you're likely to encounter reading historical documents before you jump in and start indexing. If you're having trouble determining which letter it is you're looking at, try to find a similar character in another context on the document. Often, just seeing it somewhere else is enough to figure out what that character is. With that in mind, there are a number of letters that tend to look very similar.

Compare the v in Novak with the r in Parry. The examples below will give you a good idea of some of the characters that may get confused for one another.

In some cases what appears to be fs is actually ss. The following example illustrates this case:

Another issue to watch out for is a record-keeper who wrote a string of letters that make up a bunch of humps in the word. For an example of this, take a look at the name Williams.

Be on the lookout for ts that show up uncrossed or is that are apparently undotted. For an example of both of these hobgoblins, look at the name Mattie.

The cross for the t is above the i, and the dot for the i can be found over the e at the end. You'll notice that many of the ts above are "crossed" somewhere other than through the upright portion of the letter. Again, context and page patterns will help you figure out which of these letters should be ts and which are something else.

The examples below were all taken from previous indexing projects and are typical of the writing you are likely to encounter. 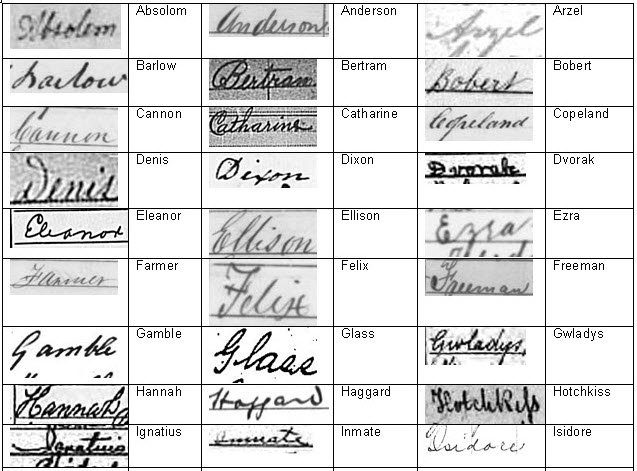 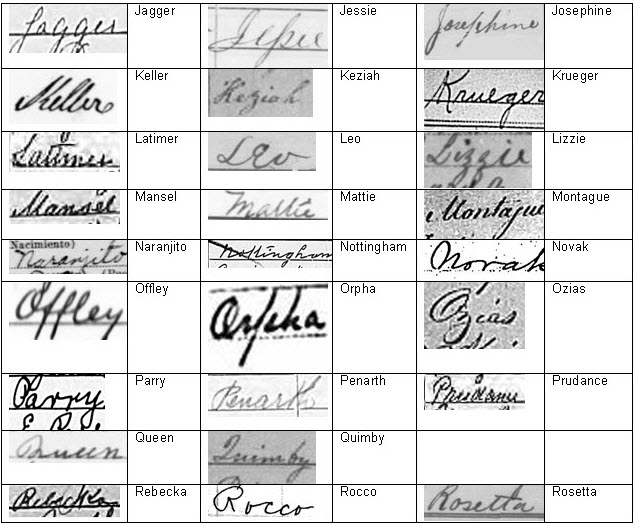 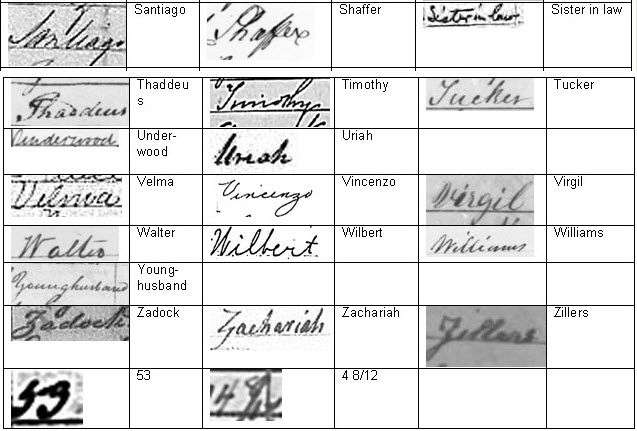