The Source: A Guidebook to American Genealogy 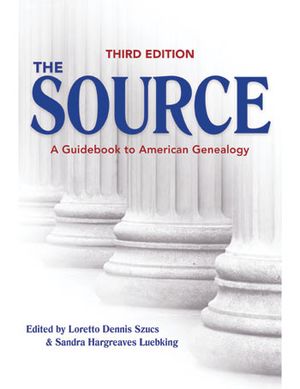 When Ancestry published the first edition of The Source in 1984, it quickly became a standard reference in the field of genealogy and family history. That same year, it received the coveted 'Best Reference' award from the American Library Association. The 1997 edition, built upon the foundations laid down by its predecessor, sold more than 100,000 copies. A poll of librarians placed The Source, sometimes referred to as 'the genealogist's bible,' at the top of the 'Top 10 Genealogy Books' for the wealth of information it offers to beginning and experienced genealogists ('Top 10 Genealogy Books,' Family Chronicle 3, no. 3 (January/February 1999): 27'28).

In 2010, Ancestry.com digitized the content of The Source and made it available in wiki format as one of the foundational sources for the Ancestry.com Wiki. Each chapter has been broken into one or more series of articles, links to which are found below: