Woonsocket is a town in Rhode Island. It was formed in 1867 from the following county/ies: Cumberland/Smithfield. Woonsocket began keeping land records in 1867 and probate records in 1867. Court records can be found in Providence. For more information, contact the town at City Hall, 169 Main St., Woonsocket 02895. City Hall has copies of earlier deeds from parent towns beginning 1847. 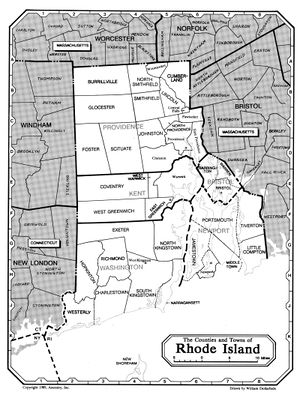 Counties and Towns of Rhode Island