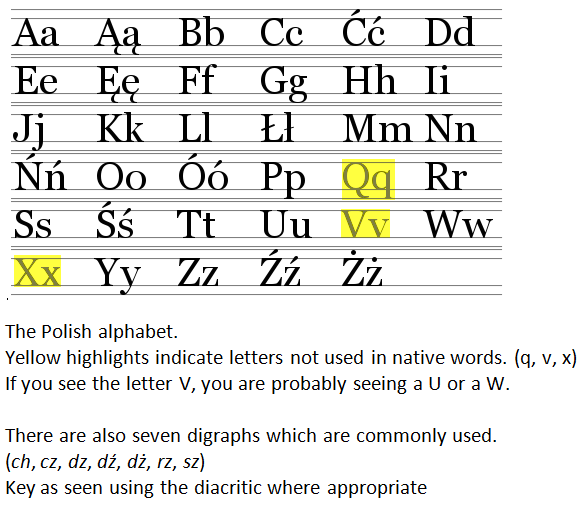 You will seldom find a double letter combination in Polish ' no ll as in Miller, no nn as in Hermann, no oo as in root. It should be noted however that seldom does not mean never. Some place names that use double letters: Rossosz, JagielloÅ ska and RadziwiÅÅÃ³w. Also, Many names may be of foreign origin (especially from Germany), that will indeed have a double n.

Common problems arise from the diacritic Å and Å. This is actually an L with a slash or stroke. It is found in both upper and lower case. It is commonly transcribed incorrectly to the letter T or t. One of the best ways to distinguish Å from t is that the stroke of the Å is frequently very high or above the letter. As in the sample images.

Æµ is not a regular alphabet letter in Polish but is a European style of writing the letter Z. It should be keyed as the letter Z. However, note that Æµ is commonly transcribed incorrectly to the letter F.

Example of confusion regarding names. Be cautious of the letter W.

Ancestry World Archives Project would like to thank the following for assisting in creating this Polish language tutorial:


The International characters dialog with Polish letters highlighted in green, and look-alike mistakes struck through with a red x. 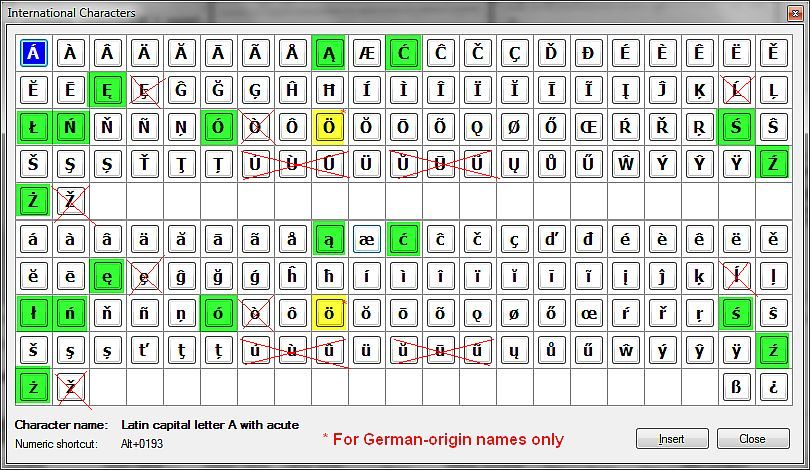 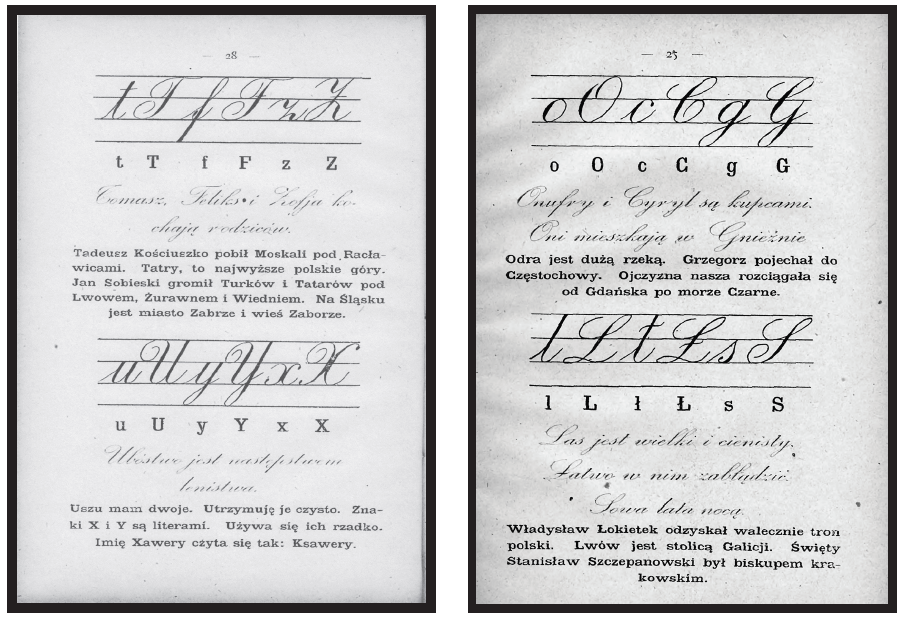