From Rootsweb
(Redirected from History of Montana)
Jump to: navigation, search 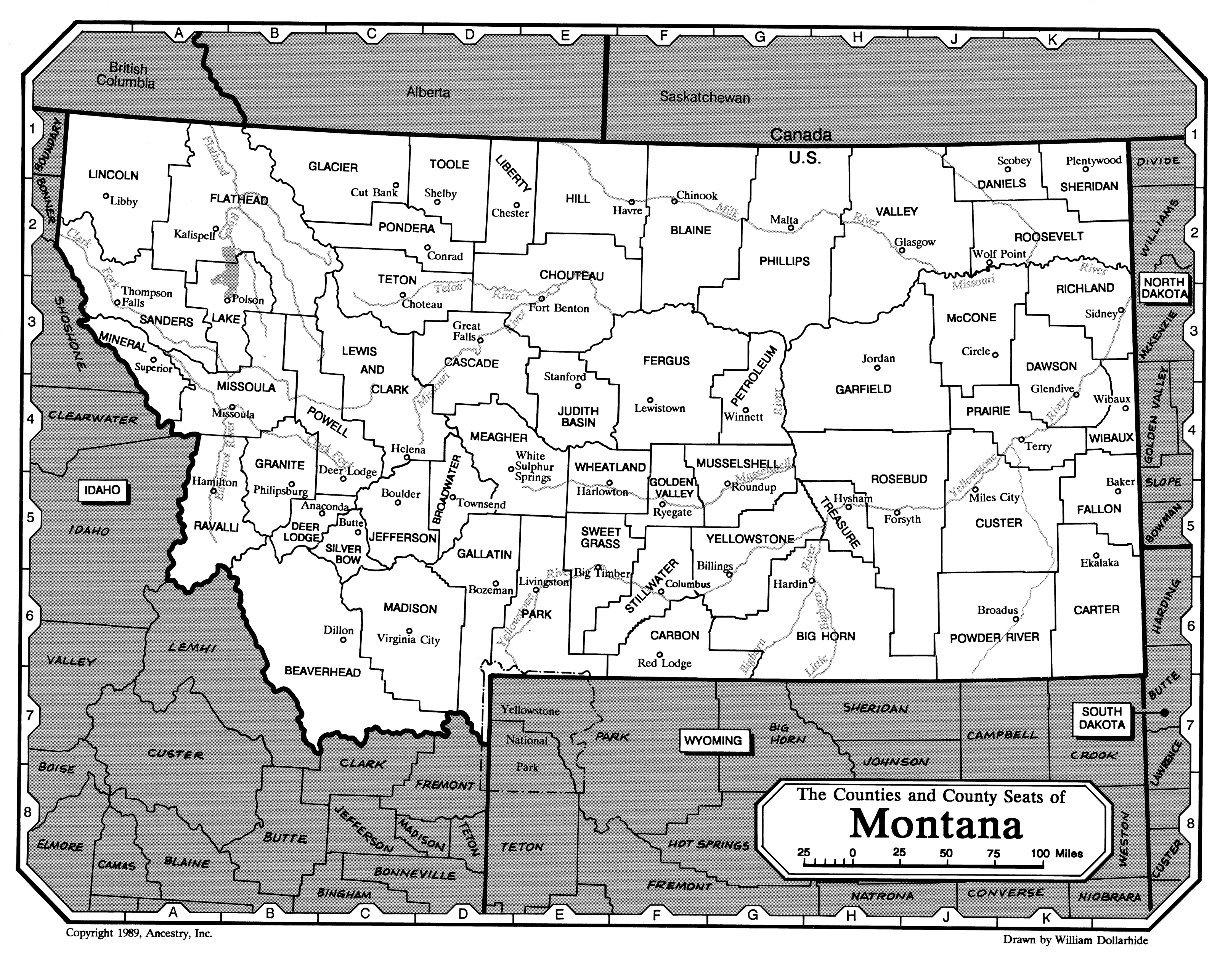 The first wave of migration and settlement into Montana began when gold was discovered in Bannack (1862) and Alder Gulch (1863), south of Butte. Montana became a fusion of frontiers that included settlers who had originally gone to California and Oregon in the 1850s. Settlers from the east, southern-born Civil War veterans, and foreign-born immigrants, including those from Europe and China all arrived in the same time period.

After 1865, cargo and people destined for the gold camps arrived in Montana by steamboat up the Missouri River. Steamers usually left St. Louis or Sioux City in late March or early April and arrived at Fort Benton, Montana, between May and July. The Mullan Road began in Fort Benton and continued to the mines some 100 to 200 miles away. In 1867 the total number of people entering and leaving Montana by way of the Missouri River and Mullan Road routes was about 5,000.

Beginning in 1869 Montana territorial officials began advertising for settlers. An agent in New York was contracted to print pamphlets on the territory for distribution in Germany and Scandinavian countries. According to the 1870 U.S. census, Montana's population consisted of 18,306 whites, 1,949 Chinese, and 183 African Americans. The estimated Native American population was 19,300. By 1872 the Montana Immigration Society was established in Helena, and by 1875 another immigration society was holding meetings in Bozeman. The agent for Bozeman was commissioned to bring immigrants into Big Horn and Yellowstone counties.

By 1883 the Northern Pacific Railroad was completed. From 1882 to 1883 the railroad sent out 2.5 million pieces of literature advertising land for sale. Immigrants from northern Europe were sought as they could adapt to the climate and conditions of Montana, though only a few came. An English colony was established in Helena and the Yellowstone Valley in 1882; a few French came to Missoula County; and a few Dutch families settled in the Gallatin Valley in 1893. The most notable settlement was that of Finnish lumbermen east of Missoula in 1892. Italians and Germans settled in Fergus and Park counties, and many Germans came from North Dakota and Canada.

The cattlemen of Montana were primarily English and Scottish, although they drove cattle owned by the Germans. The sheepmen were also from the British Isles.

American migrations included 506 individuals from Ripon, Wisconsin. This group of 115 families settled near Billings in 1882. Many southerners came to the state and settled in the Bitterroot Valley. Settlers arriving from Oregon drove cattle.

The smelters and mills of the Anaconda Copper Mining Company in Anaconda and Great Falls at first drew Scandinavian and Irish workers to the area. After 1900 a heavy influx of workers from the Balkan countries arrived. The Montana coal mines of Cascade, Carbon, and Musselshell counties were worked by the Irish, Poles, and Italians.