From Rootsweb
(Redirected from History of Illinois)
Jump to: navigation, search 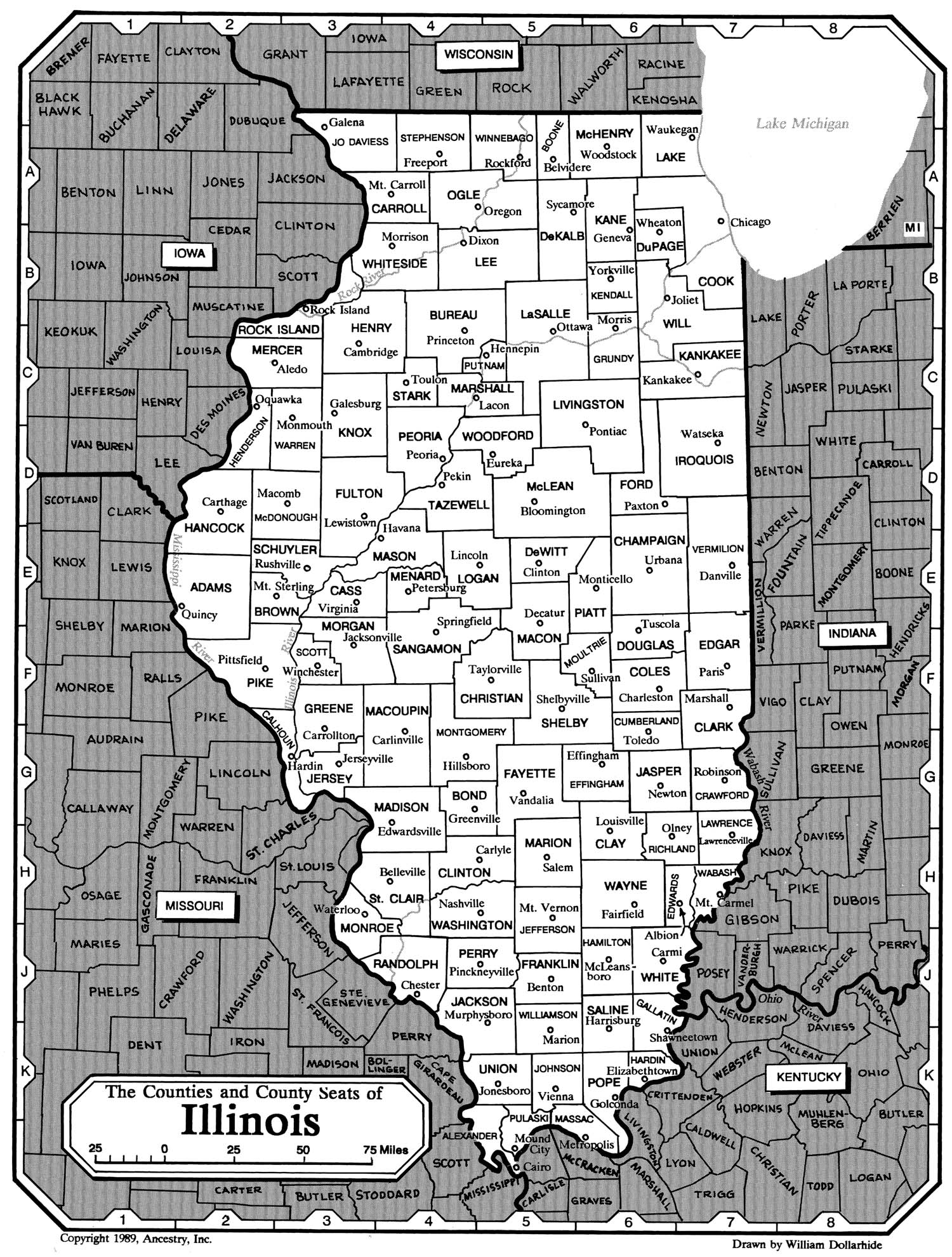 In 1717 Illinois country was placed under the French government of Louisiana. France had ceded all possessions east of the Mississippi in 1763, although the British did not take possession, at Fort de Chartres, until two years later. From 1778 to 1782 the present state of Illinois was a territory of Virginia and known as the county of Illinois. The American Revolution and the Treaty of Paris in 1783 extended the American boundary to the Mississippi, thus making the present Illinois part of the United States.

The establishment of the Northwest Territory in 1787 included Illinois land, but the area became part of the Indiana Territory in 1800. Nine years later the Illinois Territory was established, followed by statehood in 1818.

By 1800 the population of 2,000 included Americans from Virginia, Kentucky, Maryland, Tennessee, New York, New Jersey, Pennsylvania, and New England. In the spring of 1817 a group of English immigrants settled in Edwards County. Rhode Island farmers established a colony at Delavan, Tazewell County, in 1837. The states served as a conduit for the Underground Railroad before the Civil War.

Migration from Illinois was also significant and should not be overlooked by the genealogist as many Illinois settlers eventually migrated to Kansas and Nebraska. In addition, the gold rush to California, the wagon trains of the Oregon Trail, and the open prairies of Iowa all tempted the populace of Illinois to venture farther west.

From the late nineteenth century to the present, Chicago's accessibility and employment possibilities attracted a cross-section of all the nationalities. Many ethnic groups either settled in or passed through the state, leaving a great diversity of nationalities that have or are populating the city and state.