For information about the state of Ohio see Ohio Family History Research. 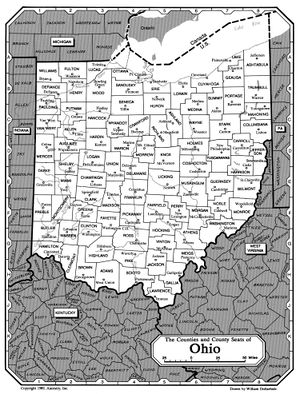 The Counties and County Seats of Ohio

In the courts outlined below, several state and federal courts are included.  Depending on the time period, these courts held either original or appelate jurisdiction for Hamilton Co., Ohio.

Justice of the Peace - Township